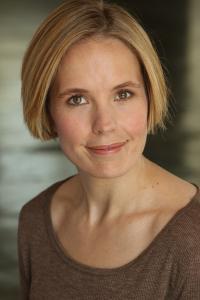 Executive Producer Dana Schultes dana [at] stagewest.org has worked with Stage West artistically for over twenty years, but officially joined the staff in 2004 as Development Director. She has been instrumental in more than quadrupling the company's budget since that time, especially in the areas of individual donations and grants. Dana initiated and oversaw many of Stage West's signature programs including the Festival of the Kid, Neighborhood Play Contest, Summer Conservatory and Southwest Playwriting Competition. These community involvement events, paired with a move to Fort Worth's Near Southside in 2007, aided the company in an overall development growth of 343% between 2004 and 2020. Since 2018, she has been working on the Campaign for Stage West: Setting the Stage for the Future, a $4,500,000 comprehensive campaign to completely renovate the company's 16,000sqft facility which the organization purchased in at the first of that year.

In 2013, Dana was promoted to Co-Producer after the retirement of her longtime mentor and the founder of Stage West, Jerry Russell. For the next several years, she continued development work but also assumed a more general leadership role with direct input into programming and marketing. In 2016, Dana was named Executive Producer. Shortly after, she was awarded the prestigious 40 Under 40 classification by the Fort Worth Business Press and was inducted into the 2018 class of Great Women of Texas. She is also a recipient of the prestigious Kline-Watts Award. Dana now oversees all programming and the long term growth of Stage West, while maintaining the development director hat. She leads with a philosophy of teamwork and inclusion, and considers herself a company member along with her fellow staff associates.
In addition to her administrative contributions, Dana is a director, stage manager, and sound designer but is best known to North Texas audiences for her work on the stage. Her many memorable roles at Stage West  include The Lifespan of a Fact, Don't Dress for Dinner, Wait Until Dark, The Explorers Club, Beyond Therapy, The Unmentionables, Gabriel, Talking Pictures, RolePlay, Season's Greetings, A Midsummer Night's Dream, Our Town, and A Streetcar Named Desire. Directing credits include A Funny Thing Happened on the Way to the Gynocologic Oncology Unit...,The Aliens, Red, Heroes, 4000 Miles, November, Copenhagen, The Sweetest Swing in Baseball and Nice People Dancing to Good Country Music.
​Outside of her work a a theatre-maker, Dana served our Lobby Cafe and Galleries as cafe manager from 2007-2010, primary soup maker from 2007-2011 and is the gallery curator to this day.  Her cookbook Soups! is available through our box office.  Dana has a BFA in Theatre Arts from Texas Wesleyan and is represented by the Kim Dawson Agency in Dallas.  She is often featured in regional and national commercials as well as in voice overs for many anime productions produced by Funimation. She is a human rights and environmental activist and an elections judge. She is a C.A.S.A., and an elections judge for Tarrant County. Dana serves on the Chamber of Commerce's Southside Council and the DFW Producers Alliance.
Back to Top