GUARDS AT THE TAJ by Rajiv Joseph: Study Guide

India, 1648. Two hapless Imperial Guards watch from their post as the sun rises for the first time over the newly-completed Taj Mahal. The morning light brings with it an unthinkable task that will shake the foundations of everything they thought to be true. In this disarmingly funny and deeply moving story, two friends behold the most sublime of wonders and discover the perils of bearing witness to perfection.

Setting
Time: 1648
Location: The exterior and deep interior of the newly completed Taj Mahal in Agra

Agra, India:
Agra is located in Northern India. Agra is best known for the Taj Mahal (17th century), designated a UNESCO World Heritage site in 1983. A complex mausoleum, the Taj Mahal is often considered to be the world’s best example of Mughal architecture. 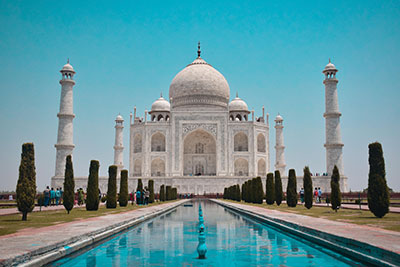 Taj Mahal:
The Taj Mahal is an immense mausoleum of white marble, built in Agra between 1631 and 1648 by order of the Mughal emperor Shah Jahan in memory of his favorite wife. It is the jewel of Muslim art in India and one of the universally admired masterpieces of the world's heritage. 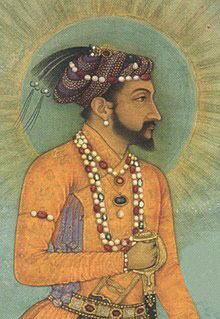 Shah Jahan:
The Emperor who built the Taj Mahal, Shah Jahan is a central part of Guards at the Taj. He came from a long dynasty of rulers. He was descended from the Mongol invader Ghengis Khan as well as Amir Timur, whom we know as Tamberlane in the west.

The Mystery of the Black Taj Mahal:
According to the Black Taj myth, Shah Jahan had planned to build a mirror image of the Taj Mahal he built for Mumtaz, albeit in black, on the other side of the river and connect the two by a bridge. This Black Taj was to be dedicated to Shah Jahan himself. A European traveler by the name of Jean Baptiste Tavernier who visited Agra in 1665 first mentioned the idea of Black Taj in his fanciful writings. And considering Shah Jahan's obsession with symmetry, the idea certainly seems plausible, but no solid evidence suggests that he actually planned it.

40,000 Hands:
A legend about the Taj Mahal is the story of 40,000 hands. It has long been said that Shah Jahan wanted the Taj Mahal to be the most beautiful thing in the world. He would not allow any other artisans to create anything that could rival its beauty. So what did he do? He cut off the hands of all 20,000 artisans and workers who created the Taj Mahal. Historians have refuted this story as only a legend.

Harem - A place where the emperor’s wives, concubines, female relatives, and children lived.

Mahaldars -  In the Mughal Empire, Mahaldars were the chief officers of the imperial harem.

Hindustan - Hindustan was a Persian name for India and the area ruled over by the Mughal emperors.

Razai - A duvet or bed comforter.

Parathas - A flatbread that originated in India.

Aeroplat - Babur’s word for the airplane-like invention of his imagination.

Mansabdar - A military unit within the administrative system of the Mughal Empire.

Palanquin - A palanquin is a vehicle without wheels that is carried by servants, often used by the royal women of the harem and other high-class individuals. (pictured below) 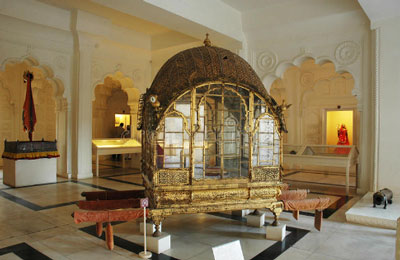 JOHN CLINTON EISNER:  What made you think to write this play, and how did the idea develop over time?

Rajiv Joseph: My dad is from India, as you know, and I think I’ve been to the Taj Mahal now three times—when I was 10, when I was 22, and when I was 40. The first time I went it made a big impact on me, especially the stories my aunt was telling me about it—legends and myths of what went into the Taj Mahal, why it was built, how it was built. So when I got out of graduate school, I was writing this large-scale play about the Taj Mahal that involved Shah Jahan, the emperor, and the architect, Ustad Isa, and many other characters. It was an unwieldy mess of a play. I eventually abandoned it and came to realize that there was one thing that was interesting about it: the two smallest characters, the two guards. It was a long time before I put pen to paper again with it. I wrote the first scene of it—I want to say it was in 2012—and I was very happy with it. I immediately thought that I wanted my friend Arian to play the part of Babur. I met with him and he suggested Omar Metwally. So the two of them came with me to the Lark, first to their Playwrights’ Workshop program that Arthur Kopit leads—I guess it was almost three years ago. Since then, there’s been this sort of engine behind this play and this relationship I had with these two actors.

There’s a line in this play that I love, and it just breaks my heart every time, and that’s when Babur says to Humayun just before he cuts his hands off: “This is gonna fuck you up.” Can you tell me about how other audiences have reacted?

Absolutely. When you’re so close to a piece, you don’t necessarily know how an audience is going to react to it. And I don’t think I had a concept—even after the intense rehearsals with the guys, for me, I always thought of it as a comedy. But the last 20 minutes or so of the play are particularly grueling, and you can’t expect anybody who has been engaged with it fully and has appreciated the play, to be able to come up and slap you on the back and be like, “Hey, great job,” afterwards. I felt that most people were like, “Okay, I need a drink before I can process this and talk to you.” At first, I was going up to my friends or my parents and being like, “Hey, so what did you think of the play?” And they would just nod and walk away. And I’m like, “What the hell is wrong with everybody? Did everyone hate this play?” And then I realized, “No, they need a drink. And so we’d go get that drink.”

Have you learned anything about your writing process or what you want to focus on next through making this play?
The thing that I enjoyed about writing this play was balancing between two times—something that takes place 400 years ago, but using a contemporary vernacular and finding a magical realism between those two in some ways. It was very freeing to me. I’m finding that historical stories are easier to write. 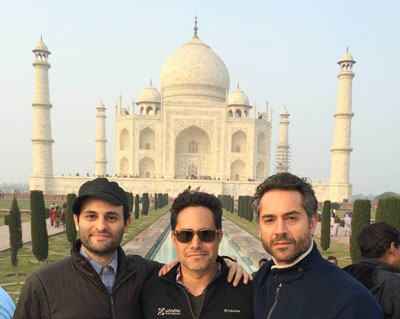 Our Take on Guards at the Taj

Below is a preliminary design sketch for the costume design of Stage West’s production of Guards at the Taj. 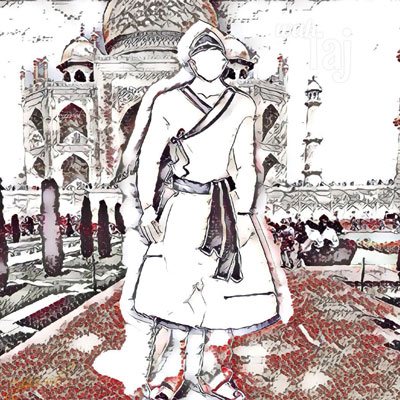 Here is the set design concept for our production: 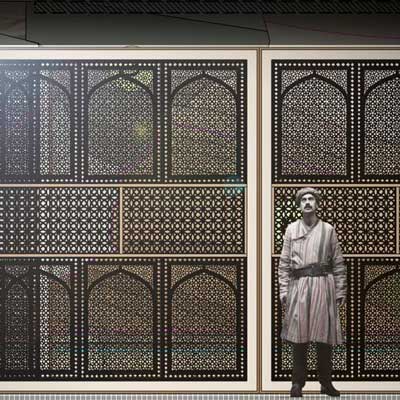