As snow falls heavily outside, Ayelet, an Israeli Jewish woman, finds herself in a motel room on Christmas Eve in Virginia with Terrence, a DHL delivery truck driver who has lost an important package of hers. The two are not communicating effectively, as Ayelet speaks only Hebrew, while Terrence speaks only English. Soon, there is a knock at the door and Josh enters. He has been summoned by Terrence to be a translator for Ayelet - Josh ‘crammed, like, five months of Hebrew School into on weekend’ for his Bar Mitzvah, so suffice it to say, the exchange is not going very well. It is soon revealed that the package that Terrence ‘misplaced’ contains the remains of Ayelet’s grandmother Edna, with whom she travelled to the United States. As Jewish transition states, a body’s remains should be interred within 24 hours, so naturally Ayelet does not take this news well. Terrence reveals that when he stopped to fill the truck up with gas, he left the door unlocked, and someone took the contents of the truck, including Edna’s remains. Josh finally convinces Terrence to reach out to the authorities, friends, family, and everyone he can think of to keep an eye out for the missing package - it can’t have gotten too far.

Flashback to the night before. We find Ayelet and Edna in the same motel room in Virginia, bantering about what Edna is doing in the United States and why she wanted Ayelet to join on the trip. It is revealed that Ayelet recently went through a break up and is not sleeping well, and it is also revealed that Edna has been reading Ayelet’s journal out of concern for her granddaughter. Edna goes out to get food, but before leaving, she grabs an envelope, kisses it, and looks to the heavens.

We return to Christmas Eve. An hour later, Terrence is outside talking with the authorities, while Josh sits in the motel room and learns Hebrew words from Ayelet. The two begin to bond over the differences in their heritage and Josh’s celebrity impressions. In reference to seeing the ring on Josh’s finger, Ayelet inquires about his wife. Josh shares that his wife passed away in a car accident about a year and a half ago. Both Josh and Ayelet recognize the loss of a loved one in each other. Terrence returns from talking with the authorities outside, and lets Ayelet know that it’s her turn to talk with their translator. Josh decides to head out now that the authorities are involved, but Terrence convinces him to stay due to increasing snowfall. Ayelet re-enters and goes to prepare something to eat for herself and the guys. Terrence catches the sparks between Josh and Ayelet, and becomes convinced that they are meant-to-be - that Josh and Ayelet are soul-mates and that he was meant to lose Ayelet’s grandmother so that they could meet. Josh becomes upset by this idea in relation to his deceased wife and goes to leave, just as Ayelet appears.

Another flashback to the night before. About half an hour after leaving the motel room, Edna re-enters, and declares that it is time to go. Confused, Ayelet asks why they must leave now. In a fit of frustration and pain, Edna reveals that this trip to America has not only been to boost Ayelet’s spirits, but also to find a man that Edna knew before she married her deceased husband, Ayelet’s grandfather. They have been traveling around Virginia looking for Simon Brooks, the man that Edna used to know. The last she heard from him, he was working at a grocery store in Virginia. And tonight she finally found a grocery store where they recognized the name Simon Brooks, only to find out that he had passed a few months ago. Ayelet lifts Edna’s spirits, and the two women decide to stay one more night, as snow begins to fall heavily outside.

Back on Christmas Eve, the snowfall has lessened, and Terrence is telling a story while Josh helps Ayelet prepare for dinner. Terrence is called to the front office, leaving Josh and Ayelet alone. As they prepare to eat, Ayelet produces Shabbat candles to celebrate the Sabbath and leads Josh through a Hebrew prayer. Josh apologizes for his initial attitude when he arrived, and lets Ayelet know that he’d like to get to know her better. Ayelet tells Josh that the Sabbath was Edna’s favorite holiday because it brings people together to celebrate life and family. Ayelet shows Josh a photo of Edna and tells him that she travelled with her grandmother to Virginia looking for a man named Simon Brooks. Ayelet digs out a few photos of Simon that Edna kept in an envelope. Josh is surprised, because Simon Brooks is his grandfather. Ayelet kisses Josh. The motel room phone rings, and Josh answers. It’s Terrence, and he’s calling to let them know that they’ve found the package.

It’s no longer snowing outside. Terrence has Ayelet digitally sign for the package delivery. Outside of time, Edna enters as if she and Ayelet are about to head to America, and expresses her excitement for their trip. Edna exits. Ayelet invites Josh to come to Israel with her. He accepts, and they exit. 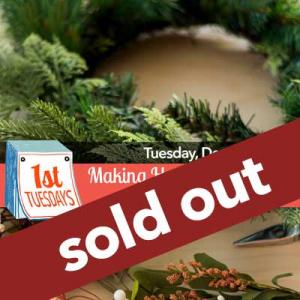