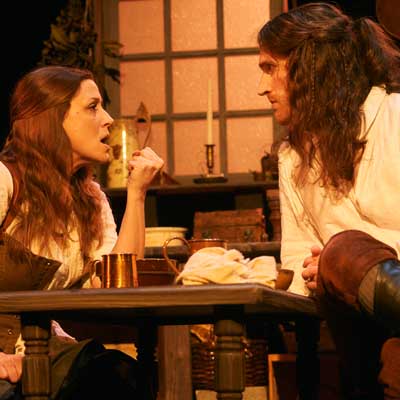 In the small English town of Edmonton, circa Shakespeare’s death, there aren’t that many surprises. It’s the usual human mix of contentment and envy, love and hatred, suspicion, anger, greed, desire, loneliness and more—hidden in human hearts or shouted in broad daylight.

But the witch of Edmonton? She’s a surprise. In Stage West’s vivid and funny regional premiere of Jen Silverman’s Witch, the town spell-binder is clear-eyed, blunt, intelligent Elizabeth (Lydia Mackay), who made one mistake long ago—and found herself a pariah, judged and cast out by the good folk of the town. She’s tired of the girls giggling, the muttering as she stands in line at the well: “My cow took sick…my hen vanished…my thatch burned.”

She’s not looking to change her miserable life, says Elizabeth. At least, not for the piddling dribs and drabs he offers her and other women. Now, if he’d “pitch” to her like a man, offering real, big, blow-up-the-world power…maybe Scratch could get somewhere.

Elizabeth isn’t Scratch’s only target. Lounging in the pub and around town, he meets Cuddy (Evan Michael Woods), aimless son of Sir Arthur (David Lugo) up at the castle—and Frank (Bradley Atuba), a local farmer who measures up to Sir Arthur’s idea of a son and heir. Who will get the crown?

Frank, we discover, has a connection to the castle maid Winnifred (Tatiana Lucia Gantt)—and everyone’s in a muddle about who they love. Among them, these three ambitious “youngsters” are Scratch’s bread and butter—folk who want more than they have, either in love or money, or both.

It’s a terrifically engaging cast, and director Kara-Lynn Vaeni makes the most of them, with playwright Silverman’s fresh, immediate voice helping all along the way. Silverman commits fully to her choice of a “modern” speaking style for these 17th-century characters (the play is a very loose riff on The Witch of Edmonton, written by a trio of Jacobean playwrights in 1621) and it works brilliantly to make them as real, as understandable, as the people we see every day. And Silverman gives every single character what she calls an “aria”: a solo in the spotlight, to rant or muse or think out loud—a moment when each speaks directly to the audience.

Mackay and Storms make a compelling pair; quickly, we see that neither of them has had someone to talk to, really talk to, for a long time. They’re kindred souls, in an oddball way—each of them peering into the future, hoping to see some kind of…hope. Strange, but the witch and the devil turn out to be the quiet characters of the play, their conversations close-held and intimate.
By contrast, Lugo as Sir Arthur is hilariously awful, all noise and bombast. He’s a know-it-all country club Dad spouting loud  ideas about Cuddy and Frank that are mostly wrong—and his plots and plans for the two young men cause  no end of trouble and tragedy.  Both Woods and Atuba (making his Stage West debut) find enough heart in their amoral, confused characters to make us care, and Gantt’s Winnifred expects so little of life (though she’s spunky about her small wishes) that we can’t help but feel for her too.

Will Turbyne’s richly detailed set design of castle and cottage deserves a round of applause, as do Murell Horton’s period (and character-building) costumes, and the eclectic sound and music choices of David Lanza. ( A Celtic dance tune leading into the second part of the play has an ever-faster pace that leaves us breathless and uneasy.) Leann Burns’ lights feel vibrant against the deep tones of the set. And a major brawl onstage (it had to happen) shows off the production’s fight and movement choreography, respectively by Jeffrey Colangelo and Kelsey Milbourn.
Is it possible that so many of this spring’s theater “picks”—most made months, even years before by local theater companies—are this topical, this resonant about the days we’ve gone through, and the day’s we’re living now? Witch was written in and about that recent past, but there’s more. It has a snarky verve that will make you laugh, wince—and at the end take a long, deep breath that feels like a sigh. And suddenly, you won’t be thinking of the past, but about the unsettling choices that lie ahead. 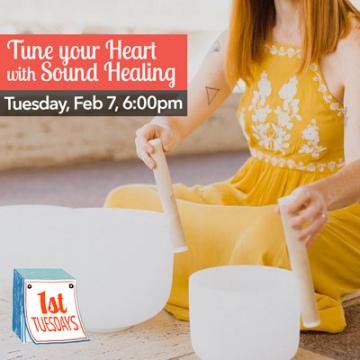