Hilarity and hijinks ensue when Bernard invites his mistress over for a weekend romp while his wife Jacqueline is meant to be away. But when Jacqueline discovers Bernard’s friend Robert is also coming over, she decides to stay. Robert is supposed to be Bernard’s alibi for the weekend, but he is also Jacqueline’s secret lover. By the time the mistress and the cook show up, trysts and sweet-nothings are postponed as marital treachery, mistaken identities, and madcap chaos take hold in an evening of adulterous mirth.

"Hurtling along at the speed of light, this breathtaking farce is a near faultless piece of theatrical invention.” - The Guardian

Marc Camoletti authored more than 40 plays and became a Chevalier de la Légion d’Honneur in France. Boeing-Boeing, his first major international success, ran for seven years and 2000 performances in its debut London production, becoming the Guinness Book of Records’ most performed French play worldwide. A later play, Don’t Dress for Dinner, also ran for seven years in London’s West End. A French citizen, born in Geneva, and an acclaimed artist and associate of the Soceiete National des Beaux Arts, Marc Camoletti’s theatre career launched with three plays running simultaneously in Paris. Ten of his plays have also been produced for television. His work continues to flourish in numerous languages and some 55 countries. He died in 2003.

Robin Hawdon is a British playwright especially known for the popularity of his comedies. Mr. Hawdon’s plays are amongst the most frequently produced around the world – his name is as well-known abroad as in his native Great Britain. Over recent years his plays have appeared in the UK, New York, Chicago, Toronto, Paris, Moscow, Warsaw, Krakow, Bonn, Stockholm, Copenhagen, Tel Aviv, Russia, Italy, Ukraine, South Africa, Australia, and in hundreds of smaller theatres across every continent. Their popularity, amongst professional and amateur companies alike, is due to the fast pace and comic complexity of their plot lines, combined with an essential humanity and reality in their characterization. 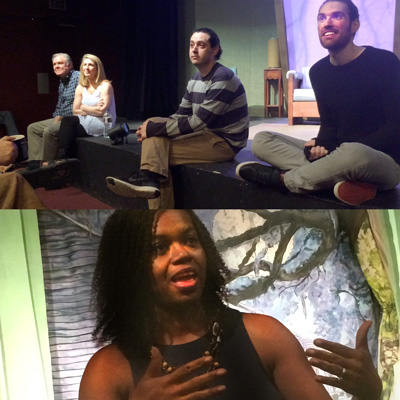 Go deeper. Join us for a 15-20 min discussion of ideas and themes after selected performances. A member of the artistic or production staff will be on hand to facilitate the exchange.

HANDLE WITH CARE Post-show Convo 1 with the Director

HANDLE WITH CARE Post-show Convo 2 with the Director

"a madcap marathon that never stumbles"

By Lindsey Wilson | CultureMap Fort Worth

"It. Was. Friggin. BRILLIANT!"

Q: Farces are know for quick rhythms, eccentric characters in extreme situations, and lots of entrances and exits. What do you find to be most exciting and challenging aspects of performing in a farce? 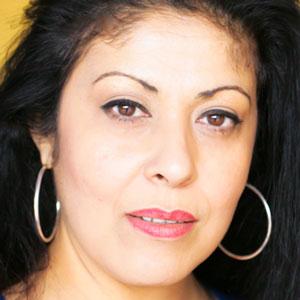 Q: This play is normally set in the 1960's, but in this production you are pulling it forward into the 1980's. What inspired this decision and how do you feel that this adjustment of decade informs the direction you are taking with the show?