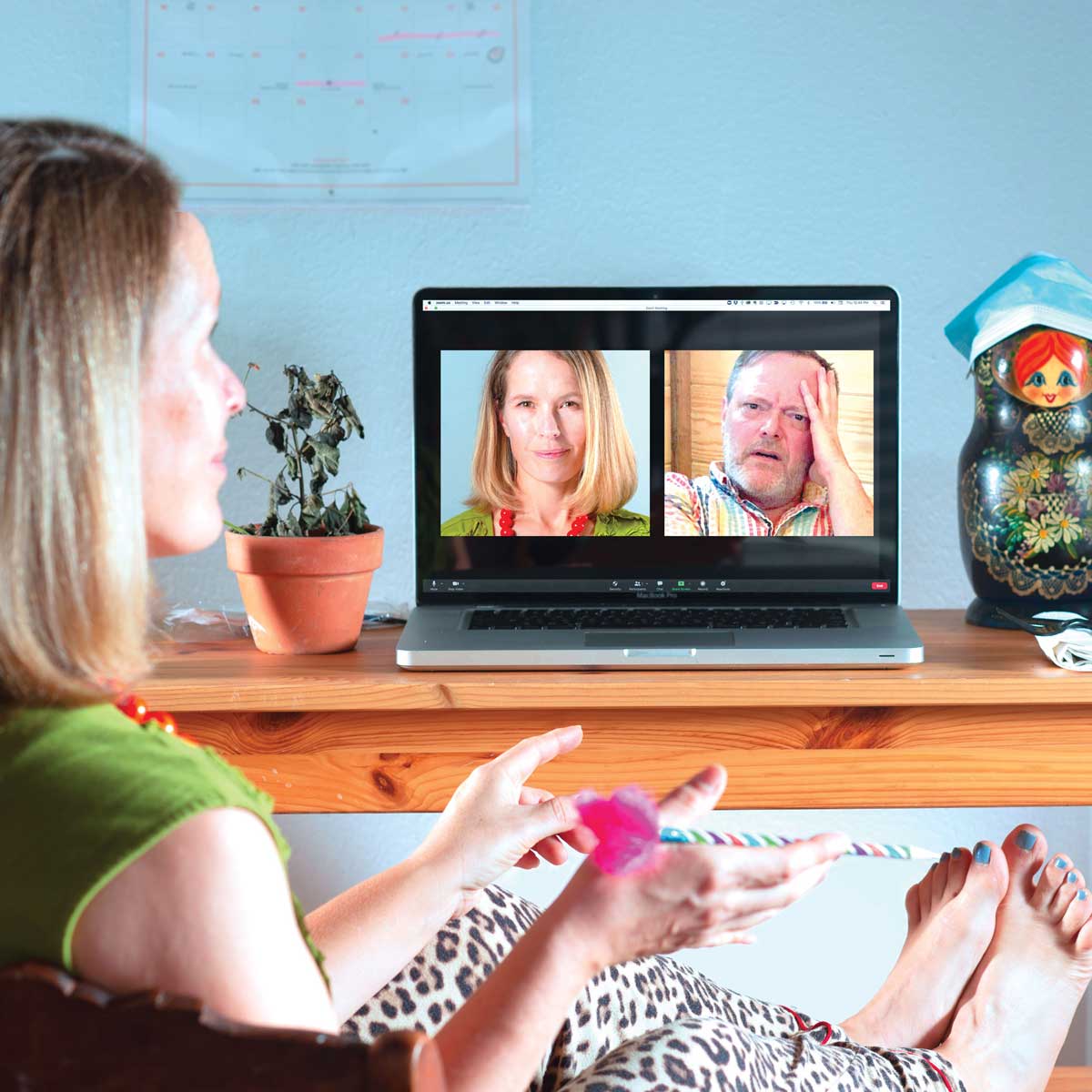 During virtual office hours, a professor discusses his student’s latest short story which feels a little too familiar and a little too close to home. As they grapple with what is real and what is fiction, teacher and student must both reckon with how to write a good ending. A touching piece about where we find inspiration and how we honor it.

In the midst of a global pandemic, Harper and Jess are meeting online for a virtual therapy session. Between the disease and being confined at home, Harper is at wits end. Jess tries to be a sympathetic ear, but things are not quite as they seem and the session goes off the rails. A short farce about breakdown in lockdown.

Eve and Gideon are catching up for the first time in years after a messy breakup. As old feelings and new curiosities arise, the purpose for this reunion is revealed - and everything that could possibly go wrong, does. A comedy about mixed signals, loneliness, bad internet connection, and one very precocious high schooler.

All are produced through special arrangement with Dramatists Play Service, Inc., New York.

VIP Ticket Information In addition to the performance, a VIP ticket will include a separate link to a brief, moderated Pre-Show Chat with one of the acclaimed playwrights or illustrious director whose work is featured in the October Playlets. This intimate conversation will give you access to one these nationally recognized theatre artists and their unique perspective on creating art under the current circumstances before the evening’s live performance.

Steph Del Rosso is an award-winning playwright, a film and television writer, and an educator. Her work has been produced or developed at Alliance Theatre, Studio Theatre, The Lark, Victory Gardens, LATC, Eugene O'Neill Theater Center, IAMA, New York Stage and Film, The Flea, Ojai Playwrights Conference, The Kennedy Center, JACK, and others. She has been a writer-in-residence at SPACE on Ryder Farm, Caldera Arts, the Aspen Ideas Festival, and the Disquiet International Literary Program in Lisbon, Portugal. Steph is the Shank Playwriting Fellow at The Public Theater, a former Theater Masters Visionary Playwright, and an alum of the Soho Rep Writer/Director Lab and Clubbed Thumb's Emerging Writers' Group. She teaches playwriting at NYU. MFA: UC-San Diego.

Craig Pospisil is an award-winning playwright and filmmaker. He is the author of the plays Months On End, Somewhere In Between, The Dunes, Life Is Short, and the collection Choosing Sides, all published by Dramatists Play Service. His works in progress include The Poles Of Inaccessibility and Water/Music. He is a six time Heideman Award finalist, and received the Kennedy Center/American College Theatre Festival’s award for Excellence in Playwriting.  Craig's work has been seen at New World Stages, Bay Street Theater, New York Musical Festival, Barrington Stage, Cherry Lane Studio Theater, New York International Fringe Festival, City Theatre (Miami), Ensemble Studio Theatre, Vital Theater, Road Theatre and the Caldwell Theater, and has been performed in Austria, Australia, Canada, China, Denmark, England, France, Germany, Greece, Japan, Mexico, Peru, Samoa, Spain, Sweden, United Arab Emirates, Vietnam and Zimbabwe. His plays have been translated into Cantonese, Danish, French, Greek, Japanese, Mandarin and Spanish. He is the editor of The Apartment Complex and Somewhere in America, two volumes of previously unpublished plays by Pulitzer Prize-winner William Inge; Outstanding Men’s Monologues and Outstanding Women’s Monologues, Volumes 1 and 2; Outstanding Short Plays, Volumes 1, 2 and 3, all published by Dramatists Play Service. A native New Yorker, Craig attended Wesleyan University, received his Masters from New York University's Dramatic Writing Department and is a member of the Dramatists Guild. He lives in New York with his wife financial news anchor Alix Steel and a fine imported French cat named Elle.

Ken Urban’s plays include SENSE OF AN ENDING, THE CORRESPONDENT, A FUTURE PERFECT, THE AWAKE, and THE HAPPY SAD. His plays have been produced in New York by Rattlestick Playwrights Theater, the Amoralists Theatre Company, 59E59 Theatres, the Summer Play Festival at the Public, and Studio 42. His work has also been produced at Theatre503 in London, First Floor Theater in Chicago, and SpeakEasy Stage Company in Boston. He has developed new plays at Playwrights Horizons, Huntington Theatre Company, Theatre @ Boston Court, Williamstown Theatre Festival, Donmar Warehouse (London), and the Civilians’ R&D Group. Recent and upcoming productions: A GUIDE FOR THE HOMESICK received its world premiere at the Huntington Theatre Company in Boston (directed by Colman Domingo). THE REMAINS will receive its world premiere at Studio Theatre in Washington, D.C., (directed by Artistic Director David Muse) in May 2018. Awards include the Weissberger Playwriting Award, New York Foundation for the Arts Fellowship, Huntington Theatre Playwriting Fellowship, MacDowell Colony Fellowships, Headlands Artist Residency, Djerassi Artist Residency, Dramatists Guild Fellowship, and Virginia Center for the Creative Arts Fellowship. Ken is a Resident Playwright at New Dramatists and an Affiliated Writer at the Playwrights’ Center. He wrote the screenplay for the feature-film adaptation of THE HAPPY SAD, which screened internationally at over 25 film festivals, and is now available on iTunes, Hulu, and Amazon. His band Occurrence is currently recording its sixth album for release in 2018. Their 2016 release “The Past Will Last Forever” received strong reviews with critics calling it “a formidable electro-space-post-punk beast” and “the near perfect synthesis between the universe of David Lynch and industrial music.” It is available on iTunes, and on limited vinyl edition (available on Bandcamp). kenurban.org

Get tickets to October Playlets

END_OF_DOCUMENT_TOKEN_TO_BE_REPLACED

In Search of the Sublime:An online, interactive performance. With jokes.
Feb 23-Mar 21 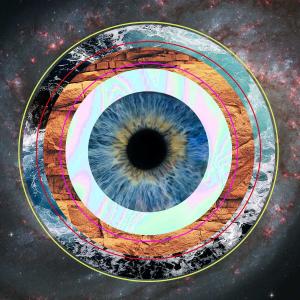