She Loves Me | Stage West Theatre | Fort Worth, Texas
Skip to main content 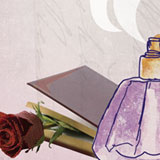 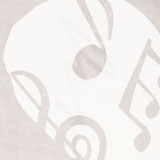 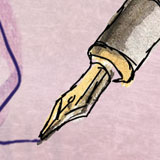 A classic musical love story based on the same source as the films The Shop Around the Corner and You've Got Mail. Funny, intelligent, honest and sentimental, She Loves Me is a warm romantic comedy set in 1930s Budapest, with an endearing innocence and a touch of old world elegance, yet as universal and relevant as ever in this age of internet romance. And there's a holiday theme, with the happy ending arriving on Christmas Eve!

The study guide for the show is available here.

Charming, uplifting and cynicism-free. If only such wonders would never cease...

Joe Masteroff is best known as the book writer for the Tony Award-winning Cabaret. Coming to New York from Philadelphia after attending Temple University and serving in the U.S. Air Force, he has been represented in New York City by the play The Warm Peninsula, the libretto for an operatic version of Eugene O'Neill's Desire Under the Elms and the book and lyrics for a recent production of Six Wives at the York Theatre Company.

Sheldon Harnick was born April 30, 1924 in Chicago.  He studied violin and music theory at the Boguslawski Musical College, served in the Air Force, and then received a degree in music from Northwestern University School of Music in 1949, majoring in violin.  He came to New York in 1950 to try to be a theatrical song writer; his first song in a Broadway show was “The Boston Beguine” in New Faces of 1952.

Bock and Harnick met in 1956; their celebrated collaboration yielded five scores in seven years: The Body Beautiful, Fiorello! (4th winner of Broadway’s triple crown: The Tony Award, The New York Critics’ Circle Award and The Pulitzer Prize in drama), Tenderloin, She Loves Me, Fiddler on the Roof  (9 Tonys), The Apple Tree and The Rothschilds.  Bock and Harnick were triply honored by being inducted into the Theater Hall of Fame, receiving the Johnny Mercer Award from the Songwriters Hall of Fame and the Spirit of American Creativity Award from the Foundation for a Creative America.