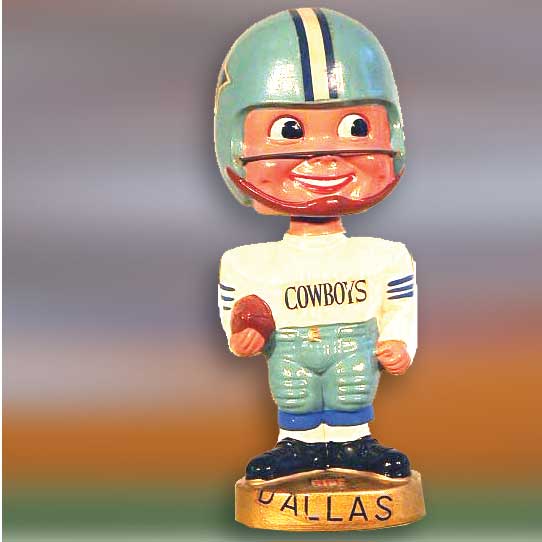 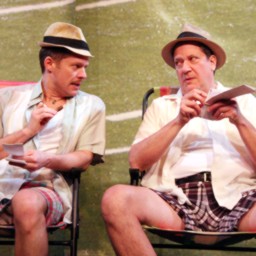 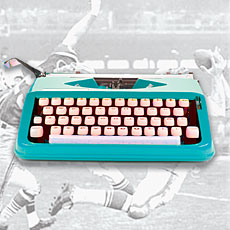 Dallas playwright and former sports writer Larry Herold takes a comic look back at a Dallas Cowboys training camp in 1966, when the whole media world is about to change. Television has landed in the form of the first woman reporter in a man’s world!

Read the TheaterJones interview with Larry here.
Check out the video trailer below, watch the Meet the Characters video here, or watch all the videos here.
Coming in from out of town?  Stay at the Omni Hotel for 20% off by telling them you're coming for The Sports Page--ask for the Social Rate.  Or, use this link (ignoring the wedding stuff).

If this show were a football play, it would be a 60-yard completion to a wide-open receiver who walks into the end zone.

About the Author:
The Sports Page, winner of Stage West's 2010 Texas Play Competition, began as a short one-act play about an aging sportswriter tutoring and abusing an ambitious whippersnapper.
But playwright Larry Herold says he quickly realized the story was bigger: "The more I looked into the history of sportswriting and the National Football League, I saw that the guys’ story should be set against the vast changes on the sports scene in the 1960’s. In those innocent days, sportswriters and the players they covered made the same money, drove the same cars. Then came Joe Namath and television and lots and lots of money. For the players, not the sportswriters.
I grew up in Dallas, when pro football was still a novelty, and attended Cowboy games in the Cotton Bowl. In the summer of ’66, the NFL came up with the idea of a “Super Bowl” to wipe out the AFL and give TV a January football game. The idea came together so quickly that CBS, which showed the NFL games, and NBC, which broadcast the AFL, couldn’t agree on who deserved to show the big game. So – get this – in January of 1967, they both did, simultaneously. You could look it up.

"I set the story in the last training camp before the first Super Bowl, and added a second writer and a P.R. man. Then I realized the entire play had to be about change: the arrival of women into a man's world, the rise of the talented-but-uncooperative superstar, the influence of gambling.

"But at Dallas Cowboys training camp in 1966, nobody knew any of this. Somewhere far out at sea, a tsunami named television was gathering strength. When it hit the beach, everything changed."