The Taming of the Shrew | Stage West Theatre | Fort Worth, Texas
Skip to main content

The Taming of the Shrew 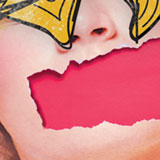 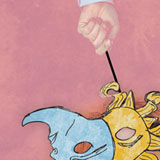 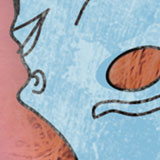 A new look at an iconic comedy. Kate and Bianca are sisters. Bianca can't marry until Kate is wed. Lucentio wants Bianca. Bianca wants Lucentio. Petruchio wants Kate. Kate wants no one! But in the war beween the sexes, there always comes a time to surrender - the question is, for who? Shakespeare's timeless play about the eternal divide between men and women and who gets the last laugh.

A study guide for The Taming of the Shrew is available here.

"...not only the most satisfying The Taming of the Shrew in memory but one of the top Shakespeare productions hereabouts in years."

William Shakespeare was born in Stratford-upon-Avon, possibley on April 23, 1564, to John Shakespeare, a glover and leather merchant, and Mary Arden, a landed local heiress. He was the third of eight children in the Shakespeare household—three of whom died in childhood.  He was married to Anne Hathaway on November 28, 1582, and the couple had three children, Susanna, and  twins Hamnet and Judith.

It is generally accepted that Shakespeare arrived in London around 1588 and began to establish himself as an actor and playwright.  By 1594, he was not only acting and writing for the Lord Chamberlain's Men (later called the King's Men), but was a managing partner in the operation as well. With Will Kempe, a master comedian, and Richard Burbage, a leading tragic actor of the day, the Lord Chamberlain's Men became a favorite London troupe, patronized by royalty and made popular by the theatre-going public.  Before Shakespeare’s time, no playwright had enjoyed enough acclaim to see his works published and sold as popular literature in the midst of his career.  His success allowed him to retire in comfort to Stratford in 1611.  He is supposed to have died on his birthday, April 23, 1616, leaving behind a body of work unlikely ever to be equaled in Western civilization.