This classic thriller pits a lone blind woman against a group of ruthless criminals. They’re hell-bent on retrieving a doll (filled with diamonds) which she accidentally has in her apartment. But they’re up against surprisingly resourceful opponent, one who knows that the only way to win is to play by her own rules.
Note: this show contains a bit of strong language, plus some cigarette smoking.

Frederick Knott was born in China, the son of English missionaries.  He was educated at Oundle School from 1929 to 1934, later gaining a law degree from Cambridge University. He served in the British Army from 1939 to 1946, rising to the rank of Major, and eventually moved to the United States.

Knott only wrote three plays during his lifetime, yet his spine-tingling thrillers ran successfully on Broadway in the 1950s and 1960s, and have been standards in regional theatre and touring productions throughout the world. His most famous script, Dial M for Murder, was rejected several times before playing successfully on British television in the early 1950s. It then hit the London stage to rave reviews. In 1952 the play opened on Broadway, and in 1954 was adapted by Knott into a film directed by Alfred Hitchcock. His second most popular play, Wait Until Dark, ran for 374 performances on Broadway in 1966 and earned actress Lee Remick a Tony Award nomination for her portrayal of a blind woman terrorized by thugs. In 1967 the play was made into a popular film of the same name, and it was revived on Broadway in 1998. His third play, Write Me a Murder, opened on Broadway in 1961 and ran for twenty-five weeks.

Jeffrey Hatcher’s Broadway credits include Never Gonna Dance (book). Off-Broadway credits include: Three Viewings, A Picasso,  Scotland Road, The Turn Of The Screw, Tuesdays With Morrie, Murder By Poe, The Turn Of The Screw, and The Spy. Other credits/theaters include: Compleat Female Stage Beauty, Mrs. Mannerly, Murderers, Mercy of a Storm, Smash, Armadale, Korczak's Children, To Fool the Eye, The Falls, A Piece of the Rope, All the Way with LBJ, The Government Inspector, Dr. Jekyll And Mr. Hyde and others at The Guthrie, Old Globe, Yale Rep, The Geffen, Seattle Rep, Cincinnati Playhouse, Cleveland Playhouse, South Coast Rep, Intiman, Denver Center, Oregon Shakespeare Festival, Alabama Shakespeare Festival, Actors Theater of Louisville, and dozens more in the U.S. and abroad. Grants/Awards include NEA, TCG, Rosenthal New Play Prize, Charles MacArthur Fellowship Award, Barrymore Award Best New Play, and IVEY Award Best New Play. He is a member and/or alumnus of The Playwrights Center, the Dramatists Guild, the Writers Guild, and New Dramatists.

Beginning Mar 31, purchase a virtual ticket to stream The Children on Vimeo On Demand 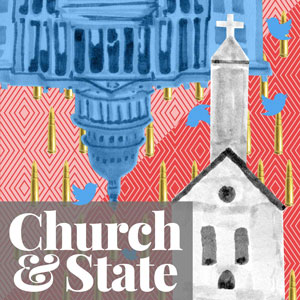 by Jason Odell Williams
May 7 - Jun 7